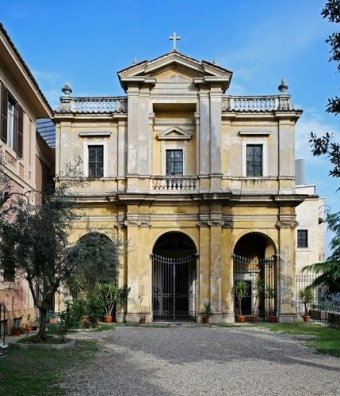 Today, December 2, is the feast day of St. Bibiana, the patron saint against hangovers. This Christian virgin and martyr received this honor in a roundabout way. After various attempts to make Bibiana renounce her Catholic faith, she was scourged to death. Bibiana was buried in the garden near her home on the Aventine Hill in Rome, and her home likewise became a church. Soon after the garden was reputed to grow “healing herbs.” In addition to patronizing tipplers with hangovers, Bibiana is also the saint to seek when suffering from headaches or epilepsy.

Could this be mere pious legend, invented for no other reason than the fact that “Bibiana” resembles the word “Bibulus,” which means “fond of drinking”? That is one explanation I have heard, but I personally don’t buy it. For one thing, it would have made more sense to anoint a Saint Crapulus, since believe it or not the word for “hung over” in Latin is crapulatus, not bibulus. Either way, I think it wise not to test St. Bibiana’s efficacy by getting  a hangover just to see how much of a difference her intercession makes on your throbbing head and sensitive eyes.

Tonight, “hair of the dog” drinks would seem to be appropriate, starting with the classic Bloody Mary: