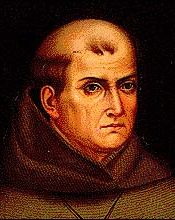 Next Wednesday, September 23rd, Pope Francis will canonize Father Junipero Serra Ferrer, O.F.M. (1713-1784), the great Franciscan missionary to Alta California and the founder of the first nine of the twenty-one California missions. (For more on Fr. Serra’s life, see pages 151-152 of DWTS.)

This calls for a drink! Let us turn, then, to the grape and to the berry.

Wine
Fr. Serra and his Franciscan confrères brought the first wine grapes to California; one of the missions he founded, Mission San Juan Capistrano, is possibly the first to have grown grapes, which is why it was nicknamed Viña Madre (Mother Vineyard). 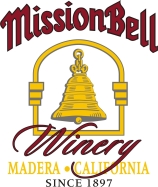 So how about a California wine? Any one of them will do, since they tend to be consistently good. Or, find a California wine called Mission Bell, named in honor of the state’s mission history. And for a special treat, try to track down some Angelica wine, a port-like fortified dessert wine made from the Mission grape with a process developed by the Franciscan missionaries. 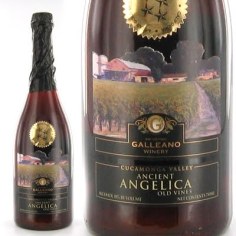 Gin
Father Serra was baptized Michael but took the name Junipero when he became a Franciscan in honor of a companion of St. Francis of Assisi, Brother Juniper. And, of course, juniper is the traditional main botanical ingredient of gin: in fact, “gin” is an abbreviation of genever, the Dutch word for juniper. Juniper is still used in the

distillation of decent gins, while really cheap gins merely have juniper flavoring added to neutral grain alcohol. Gordon’s London Dry Gin is a very affordable gin still made from juniper berries, and so are higher-end options like Tanqueray, Bombay Sapphire, and Hendrick’s.

Ah, but how to serve your juniper? We recommend sticking to the basics with either a Martini or a Gin and Tonic. 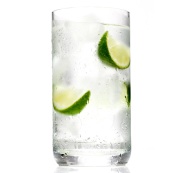 And…. A Trivia Contest!
Junipero Serra will be the first saint ever canonized in the U.S.A. (in Washington D.C.’s Basilica of the National Shrine of the Immaculate Conception, to be precise). After you have filled the glasses, test your knowledge of other fun facts about American Catholic hagiography. Winners get their drinks topped off and losers have to do the dishes.

1.  Including soon-to-be-canonized Junipero Serra, how many American saints are there? 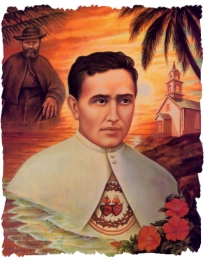 A: It depends on your definition of “American.” St. Damien de Veuster, for example, labored in Hawaii, but at the time it was the Kingdom of Hawaii under the effective rule of Great Britain. If by “American” if you mean someone who lived or died within the territory of what is now one of the fifty states that comprise the U.S.A., then the answer is thirteen: 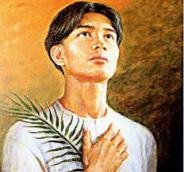 And if you mean any saint who lived in what is now U.S. territory, the answer is fourteen, since St. Pedro Calungsod (1655-1672) was martyred in Guam while catechizing the indigenous Chamorro people. Personally, since the Stars and Stripes currently fly over the ground that received the holy blood of Saint Pedro, I am going to go with fourteen as my final answer.

Also keep your eye out for the possible canonization of Blessed Carlos Manuel Cecilio Rodríguez Santiago (1918–1963), the first Puerto Rican and first Caribbean-born layperson to be beatified.

2.  How many of these American saints were U.S. citizens? 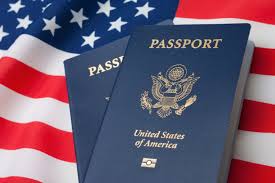 A: Probably seven. Sts. Elizabeth Anne Seton and Katharine Drexel were native U.S. citizens, and Sts. John Neumann, Frances Xavier Cabrini, and Marianne Cope were naturalized U.S. citizens. And I am guessing that the two French-born saints, Rose Philippine Duchesne, who died in Missouri in 1852, and Theodore Guerin, who died in Indiana in 1856, were naturalized as well but I was not able to confirm this. Anyone who can clarify gets a free round.

Did you notice from this list that there is no male saint born as a U.S. citizen? Time to step it up, gentlemen.

3.  How many of the American saints are martyrs?

4.  Who is the first U.S. citizen ever canonized?

A: The Italian-born Mother Cabrini (1850-1917). Technically, she was born in the Austrian Empire, became a naturalized U.S. citizen in 1909 (after years of missionary work in this country), and was canonized by Pope Pius XII in 1946.

5. Who is the first native-born American saint to be canonized?

A: Mother Elizabeth Anne Seton (born in New York in 1774 and died in Maryland in 1821) received that honor when she was canonized by Pope Paul VI in 1977.

6. Who is the earliest native-born American saint?

A: St. Kateri Tekakwitha (1657-1680) was born in what is now Auriesville, New York and died in Canada, south of Montreal. She was canonized by Pope Benedict XVI in 2012. 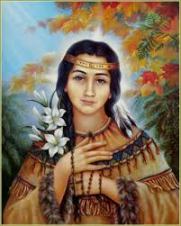 St. Kateri, the Lily of the Mohawks

You may also be interested in the roster of American beatifieds, venerables, and servants of God. See the list on the ever-reliable Wikipedia.

Did I get any of my facts wrong? If so, please let me know on our DWTS Facebook page!