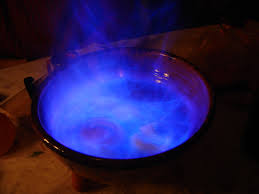 This Saturday, July 25, is the Feast of St. James the Greater, the brother of St. John the Apostle. St. James’s remains are believed to reside in Santiago de Compostela in Spain, which for hundreds of years was the second-most popular pilgrimage site in Europe (second only to Rome).

Aside from going on pilgrimage, what can you do to observe St. James’s Day? You can throw a party, of course. I have three drink recommendations:

1. In the spirit of Compostela, make Queimada, or Flaming Galician Punch. Queimada is a traditional favorite in Galicia, the region of Spain where Santiago de Compostela is located. Be sure to make it at night and to turn off the lights to see the dance of the blue flames.

Queimada or Flaming Galician Punch
3 lemons
3 cups aguardiente (practically all of a 750 ml bottle)
1 cup sugar
2 tablespoons whole coffee beans
6 cinnamon sticks, broken in half
Peel the yellow part of the lemon rinds into long strips with a vegetable peeler. Add the lemon strips, aguardiente, sugar, coffee beans, and cinnamon sticks to a large heavy pot. Stir over medium-low heat; when the sugar dissolves, turn off heat. Carefully set the mixture on fire (use a long lighter or matchstick). Allow the mixture to burn until flame turns blue, about 3 minutes. Cover pot with lid to extinguish flame, or cover earlier if flames become dangerously high. Ladle into cordial glasses and serve.

This recipe, which has approximately twelve servings, gives a whole new meaning to “punch,” as in the fact that it really packs one. And you wouldn’t think that a warm drink on a summer night would hit the spot, but Queimada is refreshing and utterly delicious.

2. Find a French wine with “St. Jacques” somewhere on the label (there is a LONG list of contenders). One reason that at least some of these wines are named after St. Jacques/James is that their vineyards contain fossilized scallops and other seashells, and the scallop is a symbol of St. James (Compostela pilgrims traditionally wear them). You can also cheat with a California Sonoma wine made by the Sangiacomo [“Saint James”] Family Vineyard.

3. Broaden your search to any bottle of beer, wine, or liquor with a shell on it (preferably scallop) or with St. James’s name. Cuba, for instance, has a Santiago de Cuba Añejo rum, although even with the end of the embargo I’m not sure it will get here in time.

Lastly, don’t forget the toast. If you are in a mellow mood, you can say ¡Buen Camino!, which is what the Spanish say to Compostela pilgrims.  Or if you are feeling feisty, channel the battle cry used by troops during the Reconquista of Spain and Cortez’ conquest of Mexico: Santiago! or ¡Santiago y cierra, España!, which means “St. James and close in on ‘em, Spain!”